In South Korea, a gravestone for Internet Explorer has become viral

South Korean software engineer Jung Ki-young said Microsoft Corp’s decision to discontinue Internet Explorer marked the end of a quarter-century love-hate relationship with the technology. In memory of Explorer’s demise, he spent a month and 430,000 won ($330) designing and ordering a headstone with the “e” logo and its English epitaph: “He was a reliable tool for downloading other browsers.” 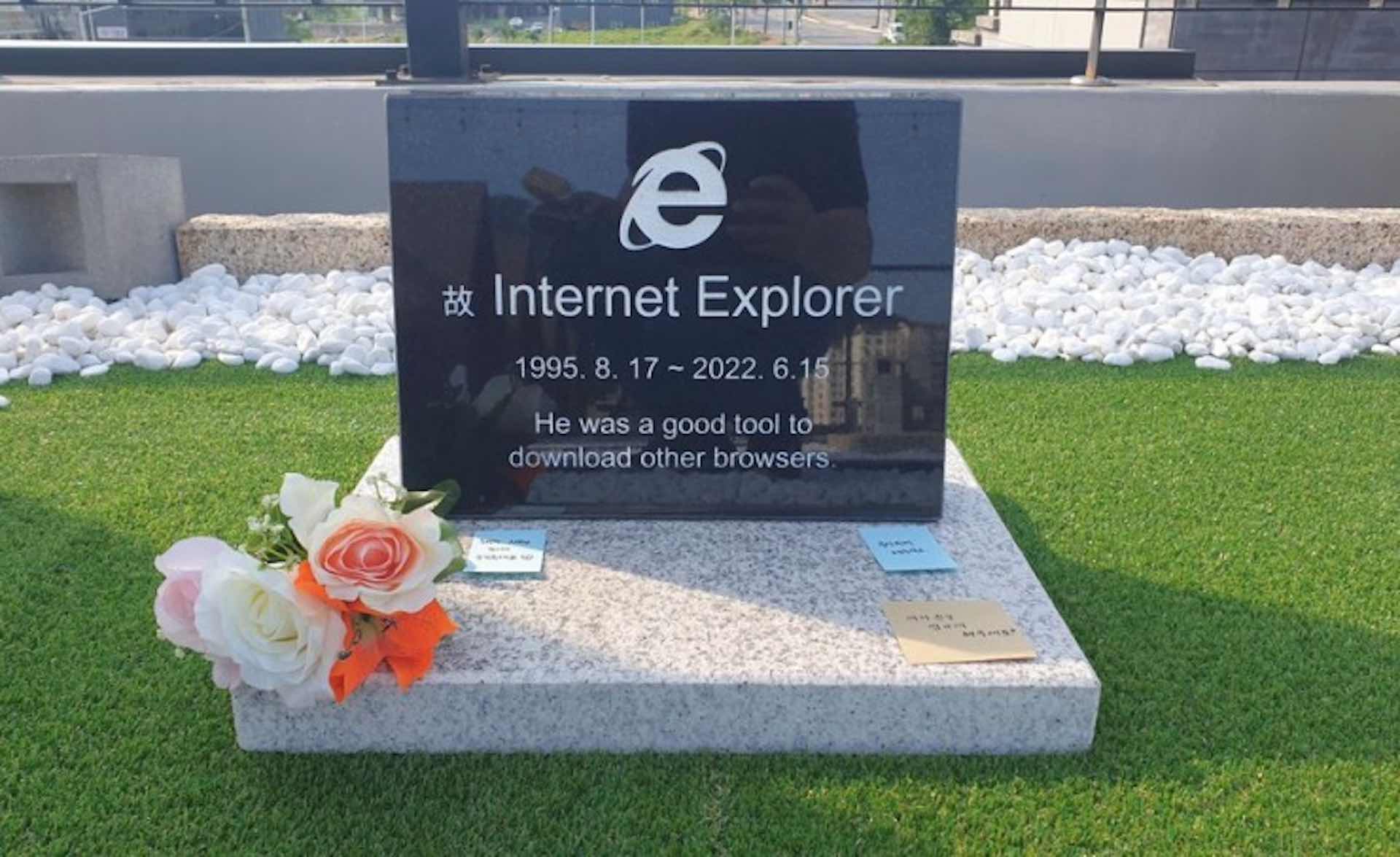 As soon as his brother’s cafe in Gyeongju put the memorial on display, a photo of the tombstone became viral. After 27 years, Microsoft has decided to phase out support for the once omnipresent Internet Explorer in favor of the faster Microsoft Edge browser. In his memorial, Jung expressed mixed feelings about the older software, which played such an influential role in his professional career.

It’s a love-hate relationship since Explorer itself once dominated an era,” he told Reuters. It took him longer to make sure his websites and online apps worked with Explorer than with other browsers. But his customers kept asking him to make sure their websites looked proper in Explorer. This was the default browser in South Korean government offices and many banks for years.

After it was launched in 1995, Explorer became the world’s leading browser for more than a decade because it was bundled with Microsoft’s Windows operating system. Despite its popularity, it lost out to Google’s Chrome in the late 2000s. It was the subject of countless internet memes, with some developers suggesting it was slow compared to its rivals. While Jung said he intended to make people laugh with the gravestone, he was surprised at how far it spread online.